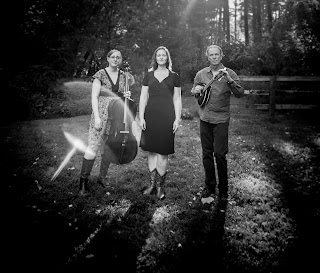 Why “Lulu?” Strong-willed, self-reliant, independent and self-assured, Lulu shows up in the lyrics of many southern traditional songs. Her strength is drawn from the strength of her culture. Lulu's Fate wishes to honor her and to escort her into the 21st century - for her fate, in part, lies in the present.

Lulu’s Fate has performed at the Washington Folk Festival, Takoma Park Folk Festival, Kingman Island Bluegrass & Folk Festival, Institute of Musical Traditions and numerous coffeehouses and house concerts throughout Maryland, DC and Virginia. They were a showcase artist at the 2014 Southeast/Northeast Regional Folk Alliance conference. The group released its debut EP, “The Blackest Crow,” in September 2014, which was voted Best Debut Recording by the Washington Area Music Association. Lulu's Fate was also nominated for Wammie awards in the categories of Best Traditional Folk Group, New Artist of the Year, and Best Traditional Folk Recording. They released their second CD, "The Cowpalace Sessions," in April 2016.

Inspired by boyhood summers spent in the tobacco fields of eastern North Carolina, Tom has carried the traditional music torch for over 35 years, melding it with jazz, classical and avant-garde influences for a distinctive style all his own. Cited by The Washington Post as a "superb technical player who rise[s] to the standards established by David Grisman," Tom's virtuosic work on mandolin, mandola, guitar and other instruments appears on over 50 recordings, in addition to his own Feather River and Which Way Waltz (both with Lorraine Duisit). He has played with Bruce Hornsby and with the Richmond, VA Symphony Orchestra, and toured the East coast with the New Morning String Band and the Nothin' Doin' Band. Paying tribute to what he calls "the living tradition," Tom is also a prolific composer and sought-after producer. His compositions have been featured on NPR and National Geographic programs, among others, as well as on many albums. As a guitar and mandolin teacher, Tom passes his passion for and knowledge of traditional music to a new generation of players.   http://tomespinola.com

Kristen joined the first iteration of Lulu's Fate back in 2001 after Tom handed her a cassette of traditional Appalachian tunes and said "think you can learn the banjo parts on steel pan?" That encapsulates Kristen's diverse musical journey: she started off as a classically trained cellist, picked up steel pan at Oberlin College and learned with the best steelbands in Trinidad and New York, led and arranged music for Pan Masters Steel Orchestra, and then eventually came back to cello. Today Kristen also performs with "acoustic grunge" band ilyAIMY, Music By Anthem's string ensembles, and is an in-demand freelance performer and session musician. She has performed and recorded with many area artists in genres ranging from folk to hip hop, and was nominated in 2013, 2014 & 2015 for "Best Contemporary Folk Instrumentalist" by the Washington Area Music Association. Kristen's cello provides both melodic counterpart and bass roles in the Lulu's Fate trio, and she also jumps in for some three-part harmony singing.  http://kristenjonesmusic.com

Kara got her start performing traditional songs and hymns by her grandmother’s side, especially at the annual family Christmas program. Music has always been a central part of Kara’s life. Her mother was a music teacher and played piano for the church, and her grandmother taught piano to most of the neighborhood – along with Kara and her siblings. Some of her earliest memories are of singing for her family with her grandmother at the piano, and in a family overflowing with musical talent, her singing ability was a point of family pride. Kara has never stopped singing – from blues to bluegrass, jazz to pop, Kara can sing any style with an easy grace. Her clear vocals display strength and subtlety. Her versatile voice and broad vocal range have been showcased in several DC area bands and collaborative projects. Kara's sweet and soulful voice is a natural match for the traditional songs of Lulu's Fate.  http://www.reverbnation.com/karafalckmusic 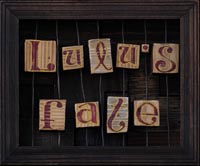 began in 2001 as a larger ensemble with core members Tom Espinola and Steve Smith. This group brought their unique blend of southern string band songs, original songs/instrumentals and Trinidadian calypsos to venues such as Institute of Musical Traditions, the Chamizal Festival in El Paso, TX, the Black Box Theater in Las Cruces, NM and the Takoma Park Folk Festival. The group relaunched in 2013 as a trio with Tom Espinola, Kristen Jones and Kara Bolling, keeping its focus on traditional music with guitar, mandolin, cello and three-part harmonies. Original instrumental tunes and songs are also brought into the mix. The current trio has performed at the Washington Folk Festival, Takoma Park Folk Festival, Kingman Island Bluegrass & Folk Festival and Institute of Musical Traditions, as well as at numerous coffeehouses and house concerts around DC, Maryland and Virginia.


Photos on this page by JT Photo & Design, except where noted